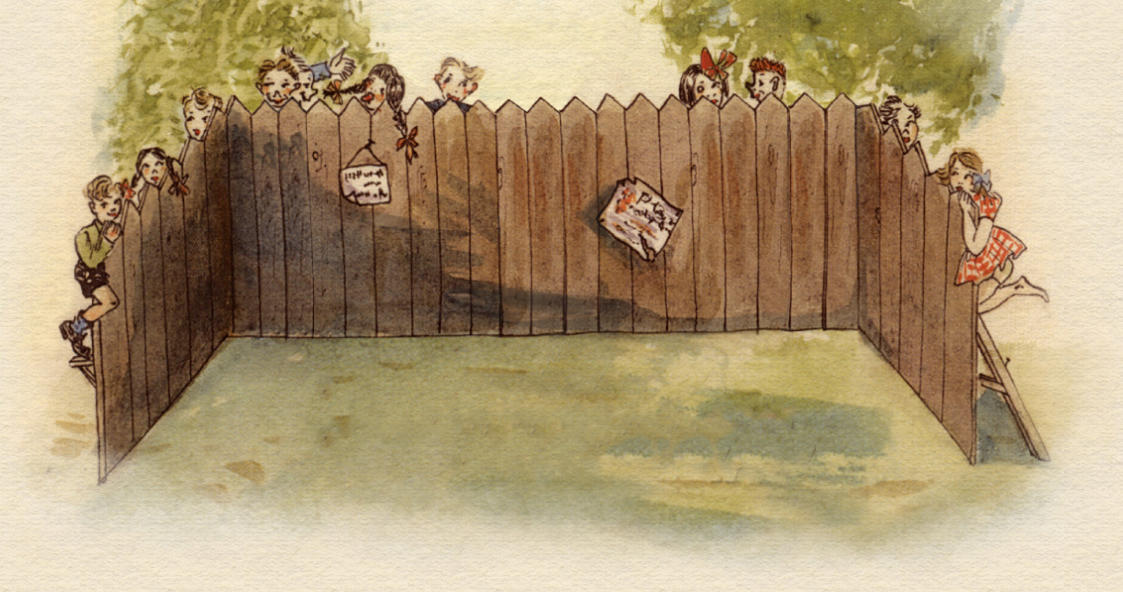 Hans Krása’s opera Brundibár is well known because of its extraordinary provenance. Written in 1938, it was subsequently performed 55 times by the Jewish inmates of the Thereseinstadt Nazi concentration camp, which  was designated as a “model ghetto”  by the Nazis. During the three and a half years of its existence, around 160,000 people were brought to Theresienstadt  from Czechoslovakia, Germany, Austria, the Netherlands, Denmark, Slovakia and other countries.  For most of them, this meant being sentenced to death.

The Nazis tried to conceal Theresienstadt’s function as a way station on the road to death from the eyes of the international public and presented it as an idyllic place to live.  They even  supported different cultural activities for the Jewish artists, musicians and writers imprisoned there. A number of operas were performed including Tosca, Aida, Carmen, La Boheme and Die Fledermaus – some in a concert version with piano and some fully staged with orchestra.

The children’s opera Brundibár by Hans Krása with lyrics by Adolf Hoffmeister became the most famous theatre production of Theresienstadt. The performance was directed by  František Zelenka with assistance of the choreographer Kamila Rosenbaum. After more than two months of rehearsals, the premiere took place on September 23, 1943. Depicting the victory of children over the tyrannical organ-grinder Brundibár, this opera symbolized the triumph of good over evil, served as a form of resistance and gave the inmates of the camp hope for liberation.

Realizing the propagandistic potential of this enormously popular production, the Nazis arranged a special performance of Brundibár for representatives of the International Red Cross, who, in response to the growing concerns over the extermination of Jews, came to inspect living conditions in the camp. For the visit, the production of Brundibár was moved to the large Sokol Hall outside the ghetto, where the performers were given materials for the improvement of the set and costumes. This was the last of the fifty-five performances in the Terezin ghetto.  The opera’s final scene was later captured in the Nazi propaganda film Theresienstadt, better known under the deceptive title Der Fuhrer schenkt den Juden eine Stadt/The Fuhrer Gives the Jews a City. In the autumn of 1944, as soon as filming was finished, composer Hans Krása,  members of the orchestra, conductor Rafael Schachter, director and stage designer František Zelenka, and 150 young actors were shipped in cattle wagons to Auschwitz. The deportation of the artists silenced the most popular theatre production in Terezin.

After World War II, Brundibár gained worldwide fame becoming a symbol of resistance against authoritarian regimes, genocide and crimes against humanity. Thanks to the efforts of Joza Karas, a Polish-born Czech violinist living in the United States, Brundibár  was introduced to the English-speaking world in 1975. German premiere took place in 1985. After the Opera de Paris’ production in 1997, Brundibár is widely performed in France. Countless productions of Brundibár in Czech, German, English and French in Europe and in the USA emphasizes an exceptional place for Brundibár in the musical repertoire as an appeal for solidarity and resistance to the tyranny.

The Russian translation of Brundibar is created by the famous poet Lilia Vinogradova, also known for her collaboration with Dmitri Hvorostovsky, Anna Netrebko, Andrea Bocelli, Lara Fabian, Yusif Eyvazov, Sumi Jo and others.

Brundibar  in Russian is staged by Mstislav Pentkowsky, widely recognized as one of the leading stage directors of his generation. His other engagements include Tchaikovsky’s Queen of Spades  at the Moscow Philarmonic society, Britten’s Young Audience Guide to the Orchestra, Frid’s Diary of Anne Frank and  Prokofiev’s Peter and Wolf  at the Mariinsky Theatre, Thaikovsky’s Eugine Onegin  at the Boris Pokrovsky Moscow Chamber Music Theatre, Stravinsky’s Rake’s progress and Ananiev’s Squaring the Circle at the Open Stage Moscow Theatre, Bach’s St. Jhon Passion  at the Moscow Conservatoire. In 2016, Mstislav Pentkovsky won the Young Opera Directors Competition at the Mariinsky Theatre.